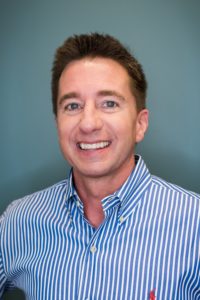 Originally from Scottsbluff, Nebraska, Dr. Wilson graduated with his Bachelor of Science degree from Missouri State University in Springfield, Missouri, in 1995. He spent part of his undergraduate training studying biochemistry at the University of Strathclyde in Glasgow, Scotland, in 1992 and 1993. Dr. Wilson then earned his medical degree at the University of Nebraska Medical Center in 1999, completing his family medicine residency at the Lincoln Medical Education Program in 2002. Dr. Wilson was a staff physician at Family Health Physicians from 2002-2016 and Antelope Creek Family Physicians from 2016-2019, both in Lincoln. Outside of medicine, Doctor Wilson enjoys tennis, traveling, concerts, percussion, and spending time with his daughter and two sons. Dr. Wilson is a certified Diplomat of the American Board of Family Medicine and enjoys all aspects of family medicine, including newborn and pediatric care, woman’s and men’s health as well as office-based procedures. He has privileges at both Bryan Health and St. Elizabeth Hospital.